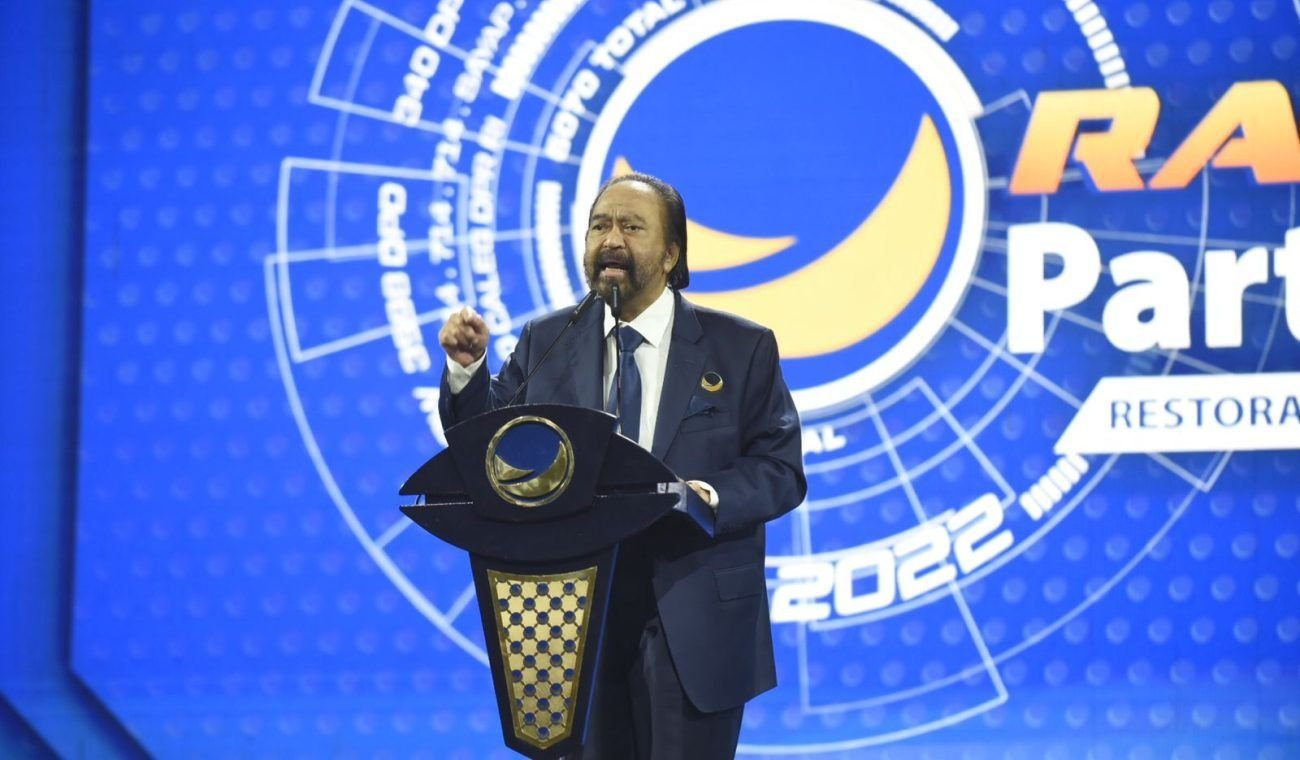 The National Democratic Party, or Nasdem, has a shortlist of no more than three for their potential candidates for the 2024 presidential election.

The three include Jakarta Governor Anies Baswedan, Central Java Governor Ganjar Pranowo, and Military Chief General Andika Perkasa after the gathering of leaders of regional chapters on Friday. None of the potential candidates is affiliated with the party.

“Nasdem Party is quite open to growing public aspirations because there is no mention of its own leaders,” political analyst Saiful Mujani said on Saturday.

“The party is able to claim that it allows the majority to use it as their political vehicle and articulate their interests,” he added.

When closing the congress at Jakarta Convention Center, Nasdem Chairman Surya Paloh told regional chapter leaders that ultimately only one of the three names will win the party’s support for the presidential election.

“The law limits our presidential candidates to one. We will decide in the right place at the right time,” Surya said.

For now, the three figures are equal candidates and no one will get special treatment from Nasdem, he said, adding that the party actually had no urgency to disclose names so early.

“No one is pushing us to the corner. We simply want to nominate the best candidate for the interest of this nation,” Surya said.

Nasdem controls 10 percent of seats in the 575-member House of Representatives and needs to form a coalition with one or more parties to meet the 20 percent threshold for a party or a coalition of parties to nominate a presidential candidate.

But it certainly has significant power to influence the upcoming election and the potential to take a commanding role in a coalition, given that all but one party needs to join forces to have their candidate.

Of nine parties in the lower chamber of the legislature, only the ruling Indonesian Democratic Party of Struggle can independently nominate a candidate without needing a coalition as it currently has 22 percent of House seats.