The Great Indonesia-Australia Reset: More of The Same or Genuine Change? 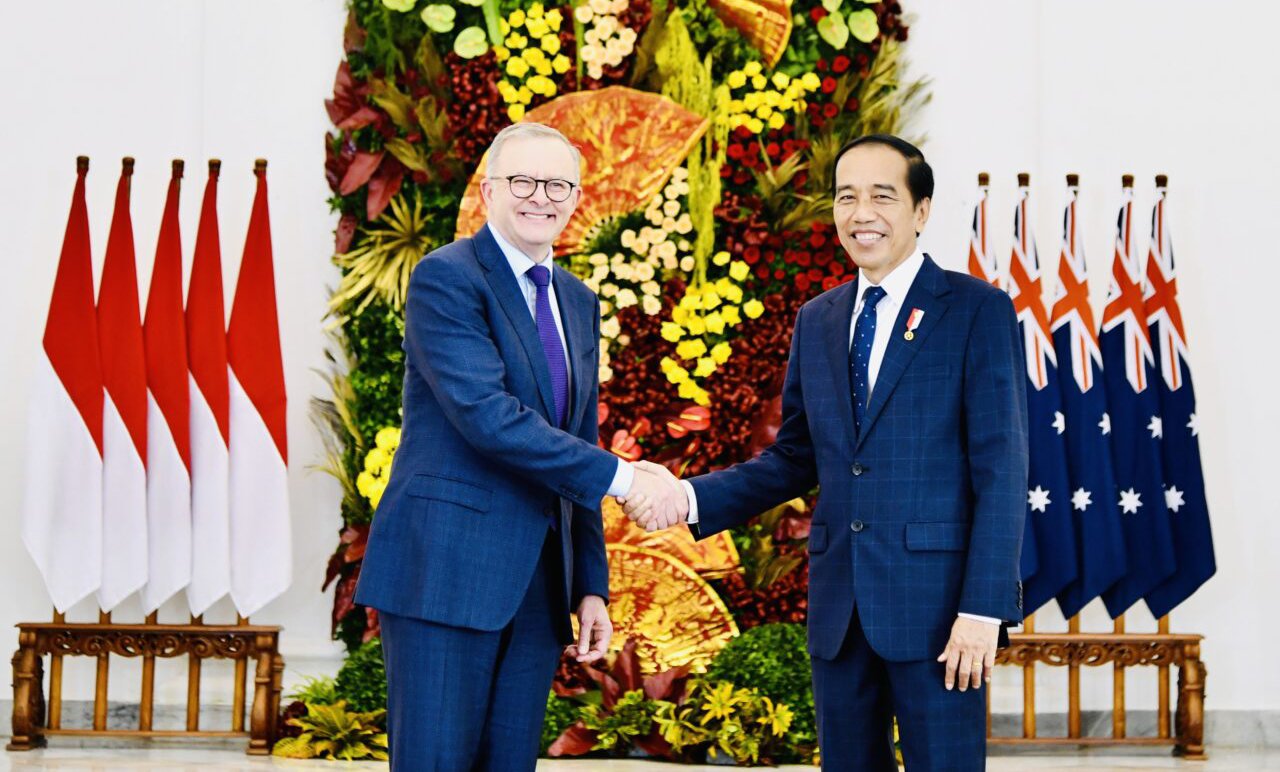 Home » The Great Indonesia-Australia Reset: More of The Same or Genuine Change?

Local and regional newswires have been buzzing about a recent visit to Indonesia from Anthony Albanese, the newly elected Australian Prime Minister, who met with President Jokowi at the Presidential Palace in Bogor, just outside of Jakarta and they’re referring to is as a “reset.”

Both the Prime Minister’s and the President’s office have issued press releases and communiques describing the nuts and bolts of the meeting, which went very well apparently. But can this really be called a reset?

In his Media Statement, Albanese said “I have a lot of respect for President Widodo’s high ambitions for Indonesia’s future. And I share his optimism. Today I informed President Widodo that I will attend the G20 Leaders’ Summit in Bali in November. I did so because the work of the G20 is critical at this time of global economic uncertainty, and it will be by working with Indonesia that we most effectively tackle the many challenges we face in navigating the post-COVID global economic recovery.”

“I will work closely with President Widodo to help deliver a successful Summit. And we discussed that this morning. Indonesia is on track to be one of the world’s five largest economies. Revitalising our trade and investment relationship is a priority for my Government. And it’s why we plan to work with Indonesia to realise the potential of the Indonesia‑Australia Comprehensive Economic Partnership Agreement (IA-CEPA). Our economic Ministers will meet regularly. And we will continue to secure the backing of business on both sides. My Government will work with Australian Super Funds, among our largest investors, to explore investment opportunities here in Indonesia. And the senior Australian CEOs who are here with me will be at the vanguard of a sustained campaign by Australian Government and business to seize these opportunities.” [Source.]

As well as reinforcing Australia’s support of Indonesia’s G20 Presidency, Albanese not only confirmed that Australia would be attending the forthcoming summit in Bali in November, but he also committed AUD 200-million to their “climate and infrastructure partnership” – something close to Jokowi’s heart.

According to Investor.id, Jokowi revealed that he and Albanese discussed two major issues, namely efforts to strengthen bilateral cooperation and exchange opinions on various issues in the region and the world.

“Regarding bilateral issues, we are more focused on talking about economic cooperation,” said Jokowi, who was apparently referring to “the importance of expanding access to exports of Indonesian products with high added value to Australia.”

A good example of this would be in the automotive sector and specifically the export of CBU (Completely Built Up) cars made in Indonesia to Australia, which started in February. But also high on this list is the expectation of positive movement forward on the IA-CEPA (the Indonesia-Australia Comprehensive Economic Partnership Agreement) which was put in place in 2018, ratified in July 2020 and seemingly went nowhere after that.

Jokowi also welcomed cooperation in the education and health sectors. “The opening of the Monash University campus in BSD is expected to increase Australian investment for the development of high-skilled human resources in Indonesia,” said Jokowi, who also expressed his appreciation for Aspen Medical’s investment to build 23-hospitals and 650-clinics in West Java worth USD 1-billion over 20-years.

The sustainability of food supply chains was also discussed as well as cooperating to increase the capacity of food processing and food innovation. Jokowi also “emphasized the importance of implementing the agricultural MoU between the two countries immediately.”

In addition to acknowledging the AUD 200-million for infrastructure and climate resilience, Jokowi also welcomed the “investment commitment of Fortescue Metal Group in the hydropower and geothermal fields worth USD10-billion and Sun Cable in the energy sector for USD 1.5-billion.”

All of this sounds very constructive and upbeat, but is it just more of the same old ‘election promising’ that goes on to win hearts and minds but nothing is ever done to see these initiatives through in the long run, and in a way that has the greatest positive impact?

An article in The Conversation, an independent source of news and analysis from the academic and research community channelled directly to the public, offered five interesting insights into how Australia could actually make “meaningful investments in the bilateral relationship” with Indonesia that go beyond the talking points of the meeting between the two leaders.

Meaningful, because even though they’re neighbours and share many common interests, Indonesia and Australia have had a rocky relationship over the years. Tim Lindsey and Tim Mann from The Conversation point out, “the government-to-government relationship between Australia and Indonesia is a fragile one, easily broken when tensions arise. There are many differences – from history, religion, ethnicity, and language, to legal systems, political systems, global alliances, and strategic interests. In fact, very few Australian governments in recent years have made it to the end of their term without a bust-up with Indonesia of some kind. This is not all Australia’s fault. Like Albanese, most Australian leaders since Paul Keating have accepted a strong relationship with Indonesia is critically important to our foreign policy.

You can find more about The Conversation and the article by clicking here.

Lindsey and Mann suggest the five most meaningful and positive steps Australia could take include increasing aid; focusing on soft diplomacy; opening an Australia Centre; making it easier for Indonesians to visit Australia; and start funding Indonesian studies in Australia again.

Considering Australia is no longer looking at China as its primary trading partner in the region, wooing Indonesia makes a lot of sense right now and it makes sense to do so by tapping into the insights Lindsey and Mann are suggesting, because they are things that could not only have an immediate impact but also strengthen the relationship for the long-term. Only time will tell if this G-G meeting was more of the same political word-salad or the re-kindling of a long and fruitful relationship that will have constructive and enduring affects for both countries. Let’s hope for the latter.

Sources: The Conversation, Investor.id, Prime Minister of Australia Media Statement, President of the Republic of Indonesia Press Release, The Guardian