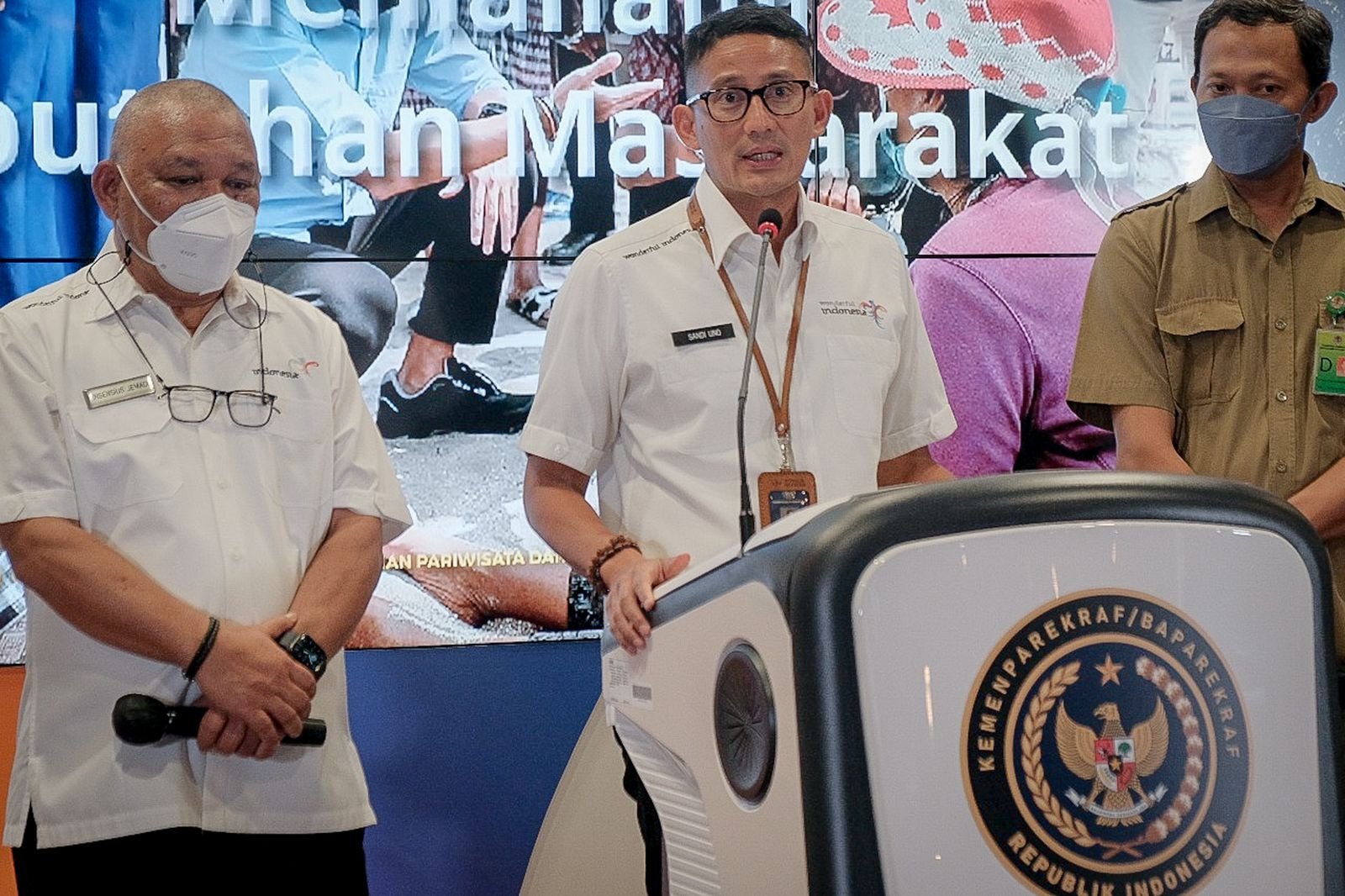 The Ministry of Tourism and Creative Economy have published a press release saying that the planned IDR 3,750,000 entrance fee into the Komodo National Park is intended to conserve the value of environmental ecosystem services in Indonesia.

In the Weekly Press Briefing at the Sapta Pesona Building in Central Jakarta, Minister of Tourism and Creative Economy, Sandiaga Uno said the IDR 3,750,000 fee was the total cost of conserving the value of ecosystem services for one year obtained through studies from experts. The value of ecosystem services is a natural resource that supports the survival of living things, such as water, oxygen, food sources, and includes the management of waste generated by tourists.

In addition, this fee is also included with the entrance ticket to the national park area and the provision of souvenirs made by the community around Komodo Island for tourists who come to visit. “This is a desire for our respective duties and responsibilities to preserve what has been entrusted to us for the next millions and tens of millions of years because God Almighty has given the gift of natural wealth that we need to protect together,” he said.

Sandiaga assessed that this policy would be able to attract more tourists who appreciate conservation efforts and participate in building other destinations in East Nusa Tenggara as leading tourist destinations. Sandiaga also revealed that the conservation fee is expected to support the government’s efforts to preserve nature and improve the welfare of the people in the Komodo National Park area.

“So I think we will focus on developing quality and sustainable tourism and of course it will provide benefits not only from the economic side, but also from the side of environmental preservation and all aspects,” he said.

On this occasion, the Head of the Komodo National Park Office, Lukita Awang Nistyantara added that his party was also cooperating with the NTT Provincial Government in conducting a study which concluded that it was important to limit tourist visits to the Komodo National Park area, especially to Komodo Island and Padar Island to a maximum of 200,000 people per year so that the preservation of the Komodo dragon is maintained.

“The tourist restriction (aims) so that the Komodo dragon will remain sustainable in the future,” said Lukita.

Then the Coordinator of the Function Strengthening Program in Komodo National Park, Carolina Noge, explained that the conservation fee charged to each visitor will later be used as conservation programs, namely institutional strengthening by increasing scientific studies and training for the surrounding community, security and supervision in the area, empowering natural tourism such as digitizing tourism management, and empowering communities.

“In the conservation costs, there is already an economic empowerment of local communities that we wrap together. One of them is a souvenir, so every visitor will get a souvenir from the local community’s handicrafts. We will accompany this and add economic value,” he said.

The event was also attended by the Deputy for Destination Development and Infrastructure of the Ministry of Tourism and Creative Economy, Vinsensius Jemadu; Head of the Tourism and Creative Economy Office of the Province of NTT, Zet Sony Libing; Chairman of the Expert Team for the Study of Carrying Capacity Based on Ecosystem Services on Komodo Island, Padar Island, and the surrounding waters, Irman Firmansyah; and the Director of the Implementing Agency for the Labuan Bajo Flores Authority, Shana Fatina.