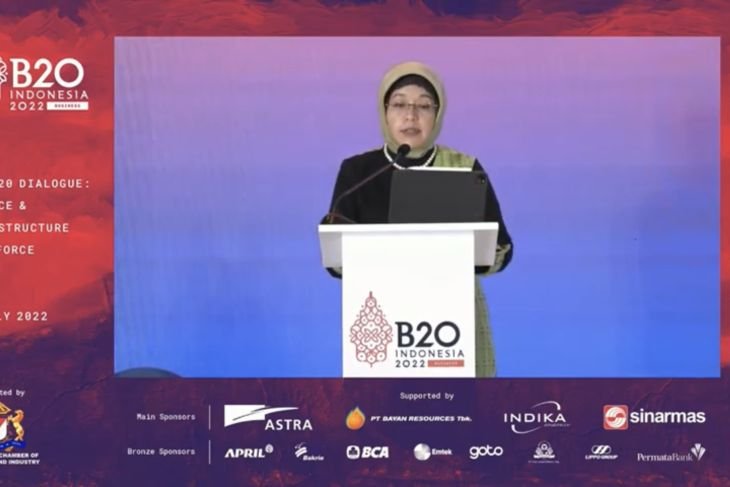 Antara News are reporting on the B20 meetings currently being held in Bali, which are an outreach group of the G20 that represents the international business community, an important actor encouraging inclusive, resilient, and sustainable global economic growth.

At the recent B20-G20 Dialogue on the Finance and Infrastructure Task Force meeting, Amalia Adininggar Widyasanti, Deputy for Economic Affairs at the National Development and Planning (PPN) Ministry, said that finding creative and innovative sources of funding for advancing infrastructure development in Indonesia is critically important but has become a challenge.

The government will continue to encourage creative and innovative financing through the Public-Private Partnership scheme, which includes blended financing, the deputy said.

In the 2015–2021 period, the scheme helped raise more than USD 17.7-billion (IDR 266.56-trillion) to fund various infrastructure projects in Indonesia.

Currently, there are 45-projects being carried out under the Public-Private Partnership scheme coordinated by the Public Works and Public Housing (PUPR) Ministry, which is responsible for allocating the budget for the projects.

The projects include the development of public housing, power plants, sanitation, roads, and ports in many regions of Indonesia.

It is estimated that there will be 26-new projects in 2022, including the ones undertaken for the development of Indonesia’s future capital (IKN), Nusantara, in East Kalimantan, noted  Widyasanti.

An example of the most successful projects conducted through the public-private partnership scheme is the development of the SATRIA satellite, which costs about USD 545-million (IDR 8.2-trillion) and aims to expand Internet coverage in Indonesia, she said.

Widyasanti said she hopes that alternative funding schemes will continue to be developed for funding infrastructure projects that aim to improve domestic connectivity, which “is key for Indonesia to advance (its) economic growth in the future,” she added.