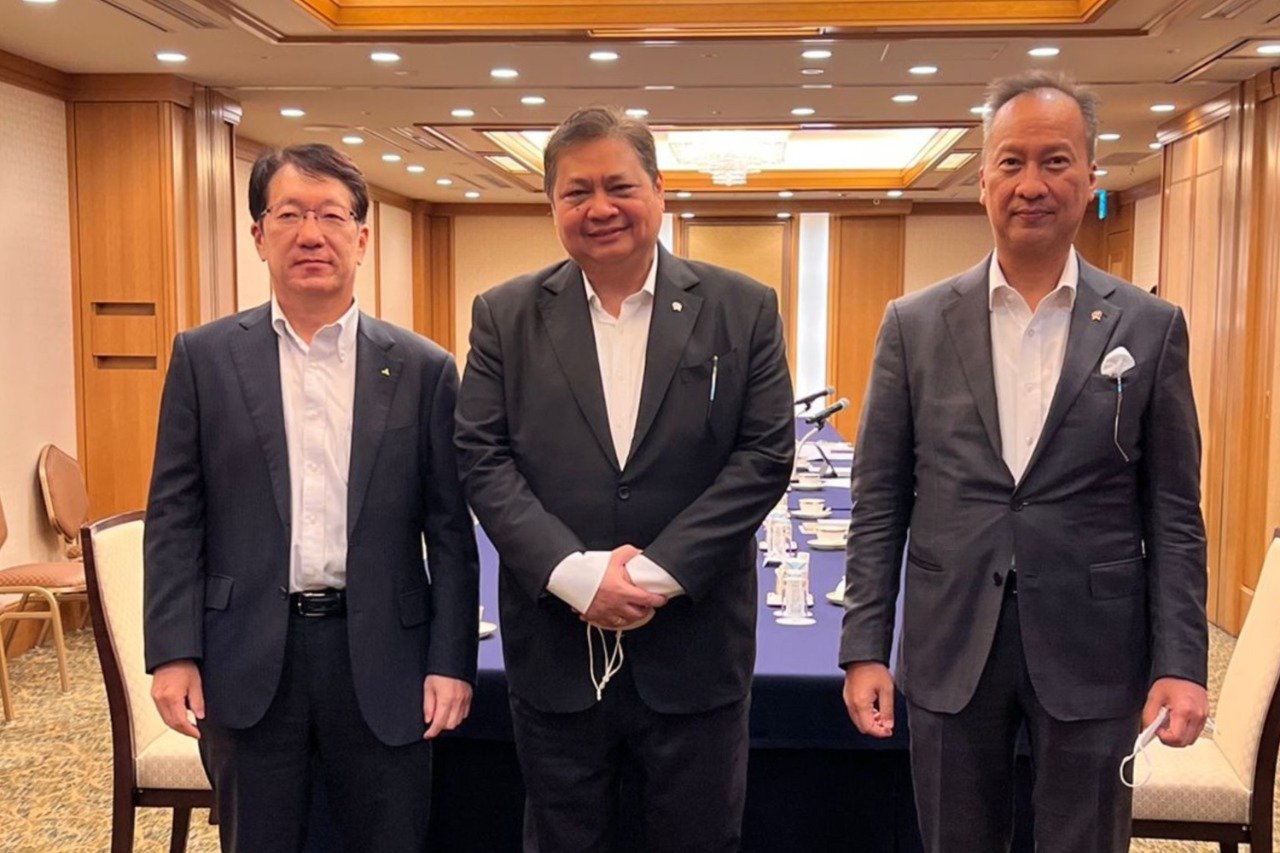 In a meeting with the CEO of Mitsubishi Motors Corporation (MMC) Takao Kato, in Tokyo, Japan, Coordinating Minister Airlangga asked about MMC’s investment commitment in Indonesia. “Until now, MMC has invested IDR 11.3-trillion until the end of 2021 for all MMC factories in Indonesia. The target is that MMC will invest around IDR 10-trillion from 2022 to 2025,” said Coordinating Minister Airlangga.

Indonesia is a large market share for Mitsubishi, even compared to the Japanese market itself, Mitsubishi’s sales in the country are bigger. MMC will also diversify their products. After 2023, MMC will focus on producing the xEV type car model, which consists of the Xpander and Pajero Sport models. In addition, MMC will also produce two new electric vehicle (EV) models starting in 2024.

During the meeting, the CEO of MMC asked the Indonesian government to provide incentives related to the export of their products. Coordinating Minister Airlangga answered the request, “actually, in terms of the amount of tax, Indonesia is no less competitive with other countries, for example Thailand. However, because there is a large difference in regional taxes, it seems that taxes in Indonesia are higher. This is what we are studying at the Central Government.”

MMC since establishing Mitsubishi Motors Krama Yudha Indonesia (MMKI) in 2018 has continued to increase the number of exports, and making Indonesia a very important export base for Mitsubishi. Currently, the export of MMKI products to Australia is being prepared.

MMC has invested IDR 11.3-trillion until 2021 for the MMC factory in Indonesia, and will invest another IDR 10-trillion from 2022 to 2025. Mitsubishi also plans to issue a number of new vehicle models, with various types that are environmentally friendly.

This type of vehicle is similar to the Mitsubishi L300 which was already famous in Indonesia. Mitsubishi has started a pilot study for the commercial use of BEVs with the four companies, and is currently looking for a suitable use of the MiEV Mini Cab.