Indonesia Plans To Protect 30-Percent Of Its Seas By 2045 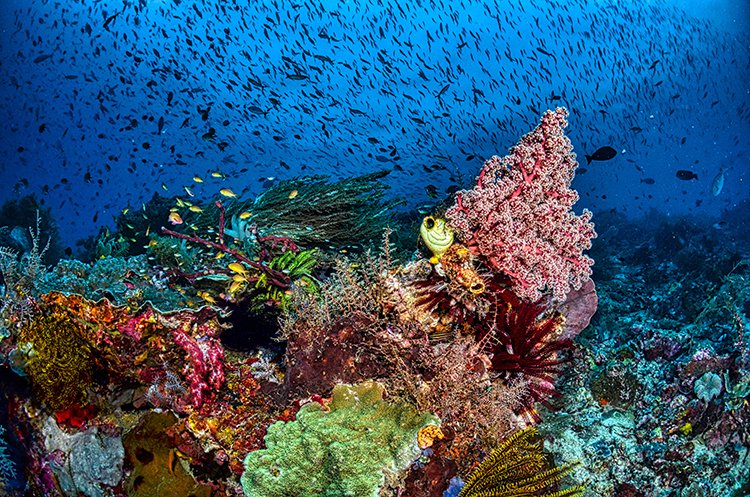 Basten Gokkon, a senior staff writer for Indonesia at Mongabay, recently reported on Indonesia’s plans to expand protection of its seas to cover an area nearly the size of Germany by 2030; and then tripling it by 2045.

Indonesia’s fisheries ministry announced that the country currently has 284,000-square kilometres (110,000-square miles) of marine area under protection, and plans to increase this to 325,000-square kilometres (125,000-square miles) by the end of this decade, or 10-percent of its total territorial waters. The move is part of the country’s contribution to the global “30 by 30” conservation goal, which aims to protect 30-percent of the world’s seas and lands by 2030.

“The ocean must be protected,” fisheries minister Sakti Wahyu Trenggono said on Aug. 12 as quoted by state news agency Antara.

“Conservation [areas] will not only serve as fish spawning grounds, but will also can absorb carbon [emissions],” he added.

The ministry said it will develop strategies to beef up planning and monitoring of marine protected areas to ensure a sustainable management of these zones. It emphasized the need to improve the economic benefits of conservation, and to build on cultural development and community knowledge of different areas to bring about meaningful impacts.

“I think this is such an ambitious target,” Arisetiarso Soemodinoto, the oceans program head at the conservation NGO Yayasan Konservasi Alam Nusantara (YKAN), told Mongabay in an email. “But it can be achieved if the target is about expansion or adding the area that’s allocated for conservation.”

However, Arisetiarso said only about 25-percent of Indonesia’s current network of marine protected areas has proved effective at conserving fish stocks and biodiversity, and at ensuring equitable benefits for ocean-dependent communities. He also noted the fisheries ministry’s controversial plan to impose a new fisheries management regime based on quotas, and questioned how this would square with the expansion of marine protected areas.

“I have yet to see how the new fisheries management policy has touched on conservation areas to support its operation. It seems that they are two things that go their own way,” he said.

Critics have warned that the quota-based policy threatens the sustainability of fish stocks in waters that, for the most part, are already considered fully exploited. And given that the fisheries industry employs about 12-million Indonesians, Arisetiarso said it’s important that both the fisheries management policy and the marine protected area expansion policy complement each other.

Indonesia’s marine biodiversity plays an important role in the domestic and global supply of seafood. The country is home to some of the most diverse marine life on the planet, especially in its eastern region that falls within the Pacific Coral Triangle, an area renowned for its richness of corals and reef fish.

Arisetiarso said the government should not be chasing after an arbitrary target of protecting 30-percent of its seas without ensuring quality protection for these marine protected areas.

“Our work is not finished [just because we achieve] the maximum limit that’s suggested by the global public,” he said. “It is more important to have marine conservation areas that are managed effectively and justly than just going after coverage expansion.”