President: We Need To Collaborate To Build Indonesia Inc. 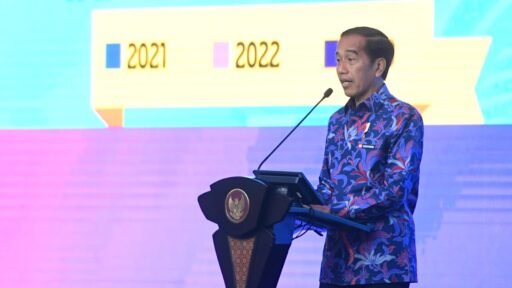 Home » President: We Need To Collaborate To Build Indonesia Inc.

In a press release on the website of the President of The Republic of Indonesia, President Jokowi emphasized the importance of collaboration between MSMEs and big business to address national economic development to jointly build Indonesia incorporated.

When delivering his remarks at the opening of the 2022 Investor Daily Summit at the Jakarta Convention Center (JCC), Jakarta, on Tuesday, October 11, 2022, the President said “If this is really strong, we can unite, we are united, like when we handled the pandemic down to the regional and RT levels, everything moved, this would quickly solve the problems we face.”

“This is APBN and APBD money that we collect from taxes, from royalties, from export duties, from non-tax state revenues we work hard to collect, and then we spend on imported products, no, that’s not good at all,” he continued.

According to the President, this is why, the government has made commitments with ministries/ agencies, local governments, and State-Owned Enterprises (BUMN) to purchase domestic products. The Head of State is aware that the target for the domestic product budget set by the government has not been fully realized, but he believes that the production capacity of MSMEs will increase if the budget can be realized 100-percent.

“Indeed, the realization for SOEs is only 72-percent, then for the APBN and APBD it is still small, still 44-percent of the figure I said earlier of IDR 950-trillion. But if this is realized 100-percent later, it will be obvious that our SMEs have to increase the production capacity of their products,” he added.

In addition, in the field of industrial down streaming, President Jokowi also said that the government is open to investors in the country, but he reiterated they also need to be able to cooperate with local entrepreneurs.

Furthermore, the President emphasized that down streaming is one of the keys for Indonesia to move forward. According to the President, this is because taxes, export duties, royalties, and non-tax state revenues (PNBP) will enter the country.

“When I went to the field, I told them to calculate how much state revenue Freeport generates. In the past, we only got 9-percent dividends, because our shares are only 9-percent. After we take over 51-percent, we get taxes, dividends, royalties, export duties, non-tax state revenues. I told him to count the amount, 70-percent of the revenue in Freeport. It means that the state can really do it,” he said.