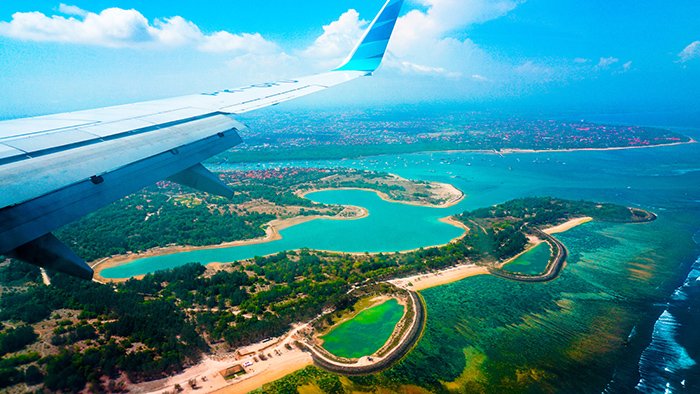 The Garuda aircraft using the A330-GA 300 fleet took off at 11.00 local time and will arrive at I Gusti Ngurah Rai International Airport, Bali at 18.05 WITA.

President Director of PT Garuda Indonesia Tbk Irfan Setiaputra said the GA 300 has a capacity of 251-passengers with a configuration of 36-business class and 215-economy class.

“The re-operation of this flight is our effort to optimize the reopening of entry access from and to Japan . The reopening of the Narita-Denpasar flight in the future will also be developed to optimize cargo market opportunities, especially for export activities of superior commodities in Eastern Indonesia and its surroundings,” he said. in a press release, Tuesday (1/11/2022) according to Tribun News.

This inaugural flight was escorted directly by Irfan and 150-passengers, including Garuda famtrip participants and a number of business people and Japanese tourists who wanted to do business or vacation in Bali.

Present at the release of this flight were the Deputy Ambassador of the Republic of Indonesia John Tjahjanto Boestami and the Coordinator of Socio-Cultural Information Meinarti Fauzie.

The Ambassador of the Republic of Indonesia (Indonesian Ambassador) to Japan Heri Akhmadi ensured the full support of the Indonesian Embassy in Tokyo in the Garuda Indonesia direct flight service from Narita Tokyo, Japan to Denpasar Bali, which will certainly increase foreign tourists in Bali.

“My appreciation goes to Garuda Indonesia airline, which continues its Narita Tokyo Japan flight service to I Gusti Ngurah Rai airport in Denpasar Bali. In the midst of the government’s efforts to restore the national economy after the Covid-19 pandemic, the Indonesian Embassy in Tokyo continues to promote Indonesia in the tourism sector, especially in increasing tourism in Bali,” he said.

Heri added, this direct flight service from Tokyo to Denpasar will certainly make it easier for foreign tourists, especially from Japan who want to vacation in Bali.

“Through the Indonesia Friendship Day program which is a promotion of trade, tourism and investment (Trade, Tourism and Investment-TTI) of the Indonesian Embassy in Tokyo and will continue with the Japan Friendship Festival (IJFF) program in 2023, we will massively continue to promote Garuda Indonesia flight services. In addition, it also introduces Balinese cultural arts and the beauty of tourist destinations on the Island of the Gods,” said Ambassador Heri.