Jokowi: We Need To Collaborate To Save The World 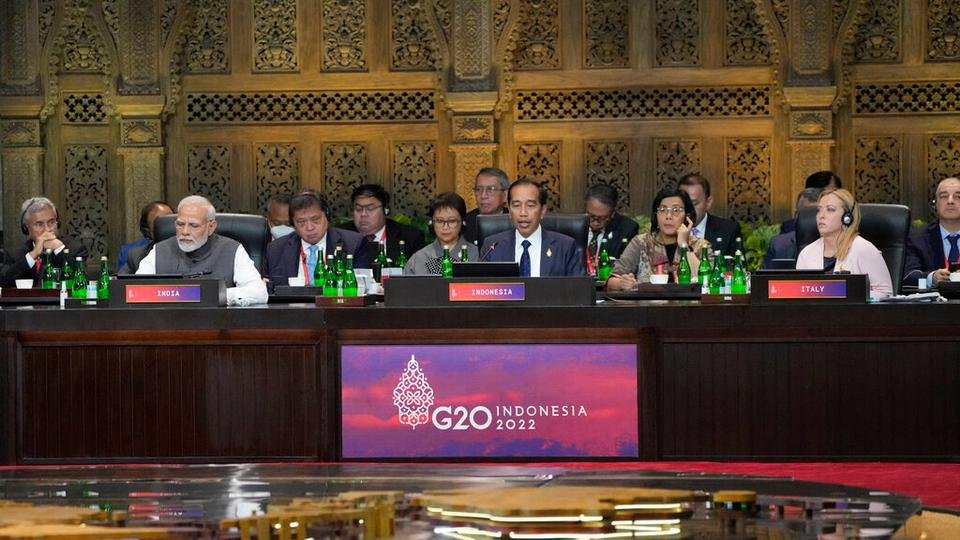 Home » Jokowi: We Need To Collaborate To Save The World

The official website of The President of The Republic of Indonesia has published the main talking point of a speech given by President Jokowi in Session I of the G20 Summit. The speech went on to say that the world is experiencing extraordinary challenges due to various crises, starting from the Covid-19 pandemic, sharpening rivalries, to the wars that have taken place. These various crises have had an impact on food, energy and financial security which is felt by the world, especially developing countries.

During the speech, given at Session I of the G20 Summit at The Apurva Kempinski Hotel in Bali, on Tuesday, 15 November 2022, President Joko Widodo emphasized that a paradigm and spirit of collaboration are urgently needed to save the world.

“We have no other choice. A collaboration paradigm is urgently needed to save the world. We all have a responsibility, not only for our society, but also for everyone in the world,” said the President.

President Jokowi emphasized that being responsible means consistently respecting international law and the principles of the UN Charter. Being responsible also means creating a win-win situation, not zero-sum.

“We should not divide the world into parts. We must not let the world fall into another cold war,” he stressed.

Furthermore, the President said Indonesia has 17,000-islands, 1,300-ethnic groups, and more than 700-regional languages. Democracy in Indonesia runs from village head elections at the village level to presidential elections. For this reason, the President encouraged the G20 to have the same spirit of dialogue to bridge differences.

“As a democratic country, Indonesia is very aware of the importance of dialogue to reconcile differences, and the same spirit must be shown by the G20,” he said.

Source: The President of The Republic of Indonesia website, BPMI Setpres