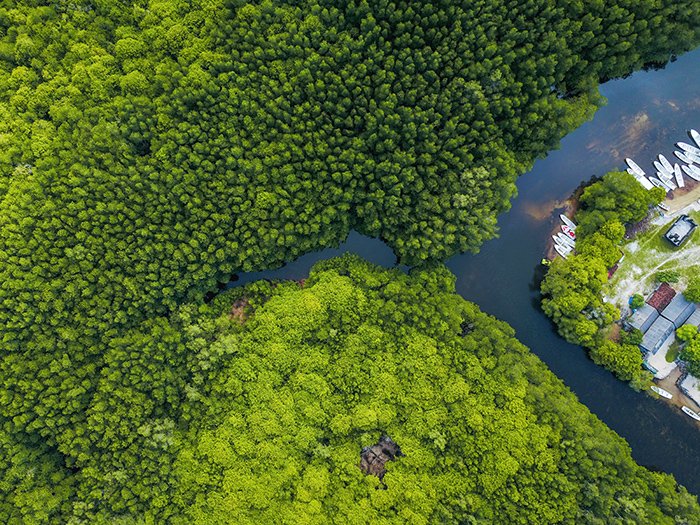 The area under mangrove cover has increased by more than 100-percent, reaching 1,210-hectares in 2022, beating targets set by the Environment and Forestry Ministry, according to a report published by Tempo on Thursday, January 19.

Siti Nurbaya Bakar, Indonesia’s Environment and Forestry Minister, said at a meeting with Commission IV of the House of Representatives that “there is an extensive effort of the President for us to restore mangroves. It is not easy, but I am sure we can do it.”

The mangrove planting, which was undertaken by the ministry’s Directorate General of Watershed Management and Forest Rehabilitation in all coastal areas across Indonesia, was one among the many efforts taken to restore the carrying capacity of watersheds in the downstream. The initiative is also aimed at restoring the economy, especially in coastal areas, said the minister.

The Peat and Mangrove Restoration Agency (BRGM) also planted mangroves in coastal areas. In 2022, the target for mangrove planting was 3,548-hectares, and the current realization has been recorded at around 3,638-hectares, or 102.52 percent of the target, say Tempo.

The minister said that currently, her administration is developing a good mangrove policy so that mangrove rehabilitation can be conducted on a massive scale.

“There are mangroves in the forest; there are some in areas of other use. Ones in the forest, using forestry legal instruments, is not difficult (to pursue); but in other use areas, we still have to establish some items regarding the government. So, among the measures we can use, for example, the Presidential Decree on Protected Areas and so on,” she added.

“But in practice, the challenges are quite tough. We are grateful that we can (focus) there in accordance with our plan to carry out massive mangrove rehabilitation,” the minister said.

The ministry is also carrying out the restoration of watersheds in Indonesia. The number of watersheds restored has reached 30,712-hectares, with a cumulative figure of 1.47-million hectares as of 2022.