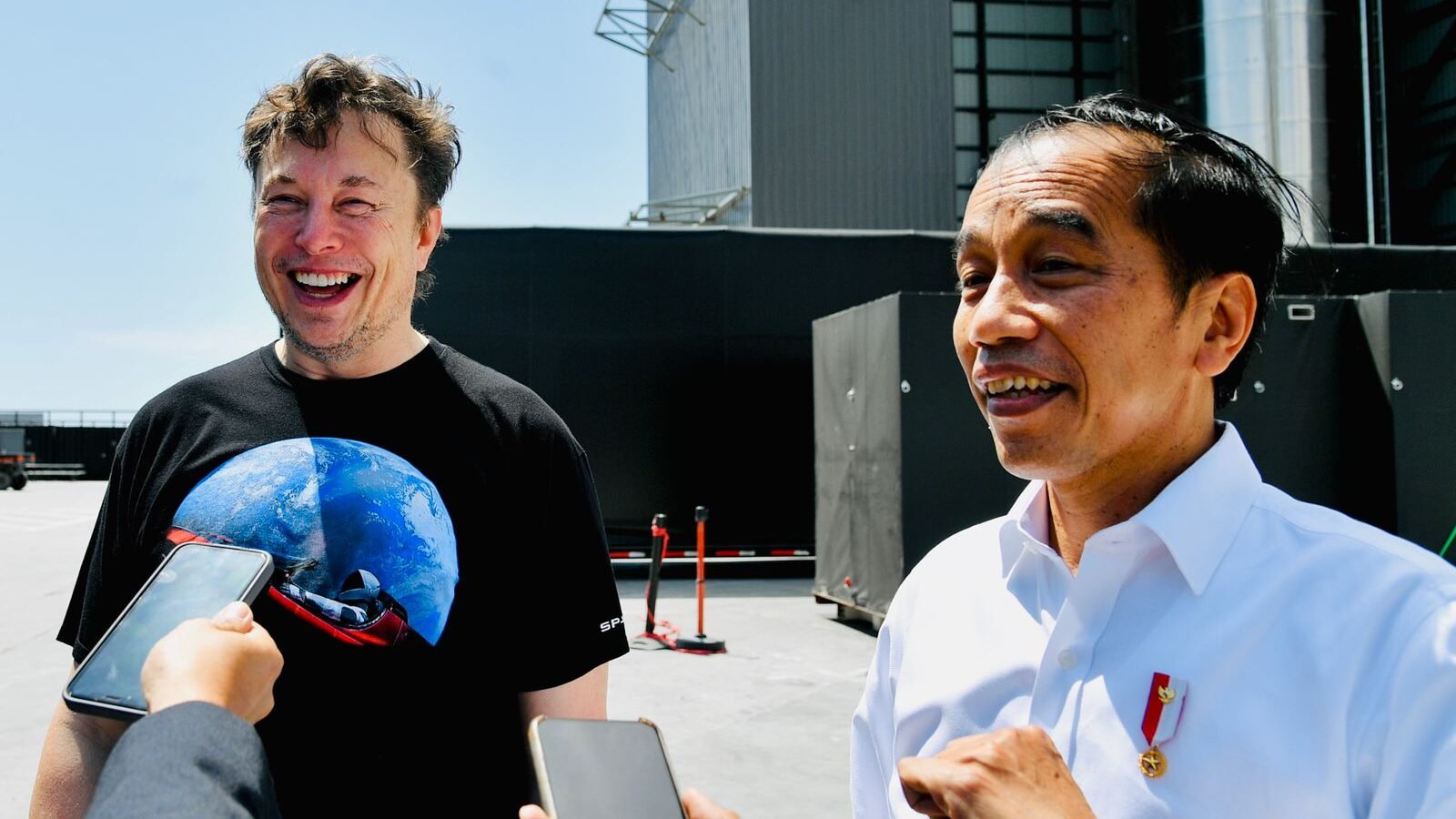 Official Press Releases from The President of The Republic of Indonesia’s website have published details of a recent visit by President Jokowi to Space X in Boca Chica, United States, to discuss and look at the Space X rocket production plant with Elon Musk.

After the review, the President said that this visit was a follow-up to his order to the Coordinating Minister for Maritime Affairs and Investment Luhut Binsar Pandjaitan to speak with Elon.

“Following up to my order to talk to Elon about investment, about technology, about innovation, and now I’m here and meet directly with Elon to discuss future collaborations,” the President said.

Elon Musk on the same occasion said he was very interested in the future of Indonesia. Indonesia looks very optimistic about the future and has positive energy.

“I think Indonesia has great potential, and I think we through Tesla and Space X will try some collaborations with Indonesia,” said Elon.

Furthermore, Elon also expressed his interest in collaborating with Indonesia considering that Indonesia has potential in many fields.

“We will look closely at the form of cooperation in many ways, because Indonesia has a lot of potential. Moreover, Indonesia has a large population and continues to grow. This is good because we need a lot of people in the future,” said Elon.

During his visit President Jokowi invited Elon Musk to come to Indonesia.

“I think he is very interested in coming to Indonesia immediately and I have told him to come to Indonesia,” said President Jokowi.

Responding to President Jokowi’s invitation to come to Indonesia, Elon Musk said he plans to come in November this year. “Hopefully in November, thank you for the invitation,” concluded Elon.

Source: President of the Republic of Indonesia website (Press Releases)