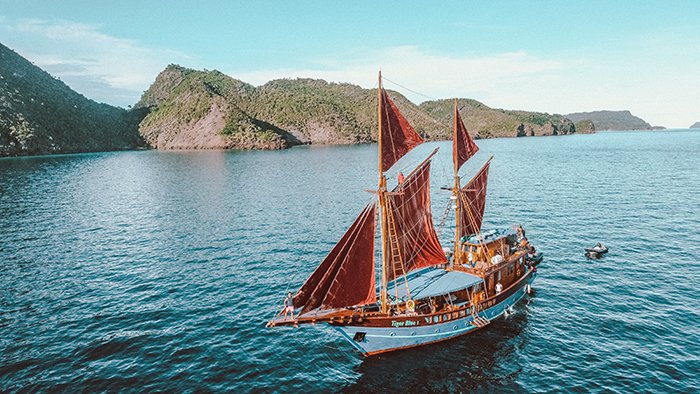 On the side lines of the World Travel and Tourism Council’s annual global summit in Riyadh, Saudi Arabia, Sandiaga Uno, Indonesia’s Minister of Tourism and Creative Economy told CNA’s Asia Now that this was due in part to shifting tourism trends and tourist behaviour that are “beyond Bali.”

While many foreign tourists visit Indonesia because of Bali, they are increasingly opting to stay on and see other destinations and experience other activities, he said.

“So we’re not only focusing on sun, sea and sand; the three S’s that we’ve been so famous for,” said Sandiaga, “we are adding serenity, sustainability and spirituality.”

“(We have) five super priority destinations that are ready to receive foreign tourists, each with its own specific experiences and memories,” he added.

Lake Toba is the world’s largest volcanic crater lake; Borobudur is a Buddhist temple and a UNESCO World Heritage site; Labuan Bajo is home to Komodo Dragons; and Mandalika and Likupang are famed for their pristine beaches.

Apart from these five, Sandiaga said that Indonesia has more destinations lined up, namely, Belitung (an island east of Sumatra), Tanjung Lesung (in the province of Banten around 170-kilometers southwest of Jakarta), Morotai (in north Maluku), Wakatobi (in southeast Sulawesi), and Raja Ampat (off the northwest tip of the Bird’s Head Peninsula in West Papua.)

While foreign arrivals are gradually increasing, the recovery is slow, with numbers today at only about 25-percent that of pre-pandemic levels, said Sandiaga.

Indonesia hopes to attract up to about 4-million visitors this year, which is a significant increase over 2021, but is still in stark contrast to 2019, when it welcomed 16.1-million tourists, according to local news outlet Jakarta Post.

The G20 summit held in Bali two weeks ago gave the country a much-needed boost in tourism revenue.

Bali’s economy grew by 8.1-percent in the July to September period, compared with the same period last year, boosted by events leading up to the summit, the Minister said.

“We are seeing quite a substantial recovery and this is very good news because during the pandemic we lost more than 1-million jobs. So this year, it is great to see the economic activities back and we are in the process and on track to create 1.1-million good quality jobs this year,” he said.

Indonesia aims to create 4.4-million jobs in its tourism sector by 2024.

Domestic tourism, in particular, performed overwhelmingly well this year, with numbers ahead of pre-pandemic levels, the Minister said.

Although domestic tourists spend less compared with those from overseas, Sandiaga said that domestic tourism is the backbone of the industry and can be counted on during global slowdowns, say Channel News Asia.

He added that the country hopes to reach about 800-million domestic tourist movements this year and has a target of 1.4-billion for next year.

“Domestic tourists … their repetitions and quantity over the years have been very remarkable and this is something that we are banking on next year to make sure that we could anticipate and mitigate the impact of global recession as well as inflation,” he said.

Despite a slow inflow of foreign travellers, Sandiaga noted that tourist behaviour has changed considerably. The length of stay has increased significantly; from between two and three days in the past to about seven to 14-days on average now, he said. Tourist spending has also jumped; from the pre-pandemic range of about USD 1,000 to USD 1,100 per person to almost triple that amount today, report Channel News Asia.

This has helped the country surpass its target revenue of USD 1.7-billion for tourism this year.

The Minister said that the country is focusing on sustainability as part of its tourism recovery post-pandemic, with a push to resolve food loss and food waste, as well as offset the sector’s carbon footprint, say Channel News Asia.

Hotels, restaurants, and other players in the tourism sector will be incentivised to strengthen the supply chain and source locally, he said.

The tourism industry is responsible for about 8-percent of the world’s carbon emissions. Sandiaga said that Indonesia has committed to cut that figure by half by 2035, and reach net-zero by 2045.

Some solutions are to plant more mangrove trees, as well as to encourage green tourism, he said.

“Every destination needs to have an offering where we communicate to the market that we are a sustainable destination and we are ready to help you offset your carbon footprint. These are the types of new tourism that are more localised, personalised, customised, smaller in size,” said the Minister.

Despite a looming global recession, Sandiaga said that the outlook for tourism remains positive.

“We are seeing robust numbers and next year even with the inflation and uncertainties in terms of global recession, we are confident and optimistic that we will double the numbers that we are reporting this year,” Sandiaga said.